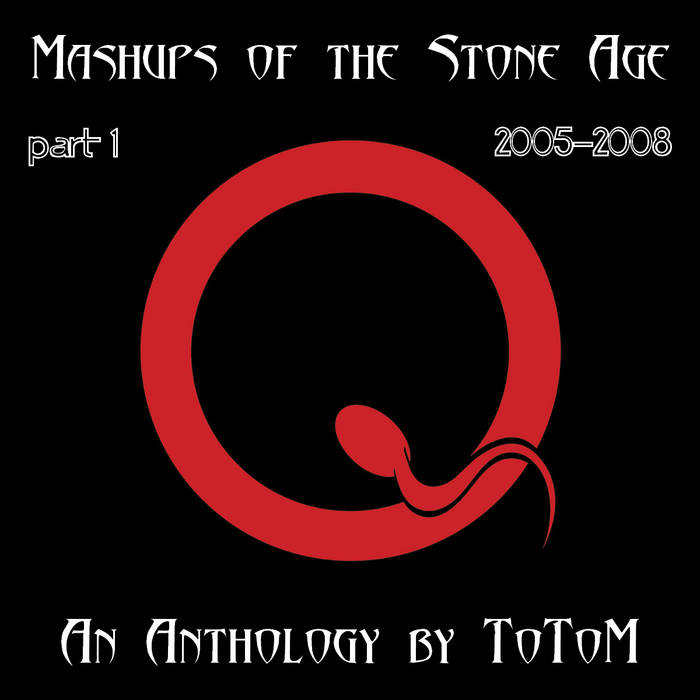 
After the relative success and buzz gathered by my Kanye of the Stone Age mashup album (here : totom.bandcamp.com/album/kanye-of-the-stone-age ), I thought Queens of the Stone Age fans would be glad to hear more mashups involving their favorite band, and also mash-curious aficionados in general.

So, here's an anthology of 18 tracks going from 2005 to 2008 in chronological order (sort of + 2 bonus tracks where Josh Homme vocal presence is minor). Take it as a pick-'n'-mix compilation of more or less good mashups (clearly not technically as good as my latest release) that illustrates the evolution of a bootlegger like me, like a boxset of rarities and demos with a few highlights.

I was tempted to remake a few of those, especially the older ones but I decided it'd be nice to illustrate that evolution with mashups of one particular band. That's why the mastering is all over the place, some parts are a bit off key, but most of these are quite enjoyable I guess, meeting my own required standards at the time of their respective release, at least some of these are certainly good enough to feed your crave for more Mashups of the Stone Age, and I think there are a few ones I never released like the T Rex one.

#mashotsa part 2 is also available, check it out.

Even if I stopped to let fans pay for my mashup albums, feel free to "Do the Sweet Stuff" www.thesweetstufffoundation.org/donate/ .

All tracks produced by ToToM
Written and composed by Josh Homme and all artists named in each track detail.