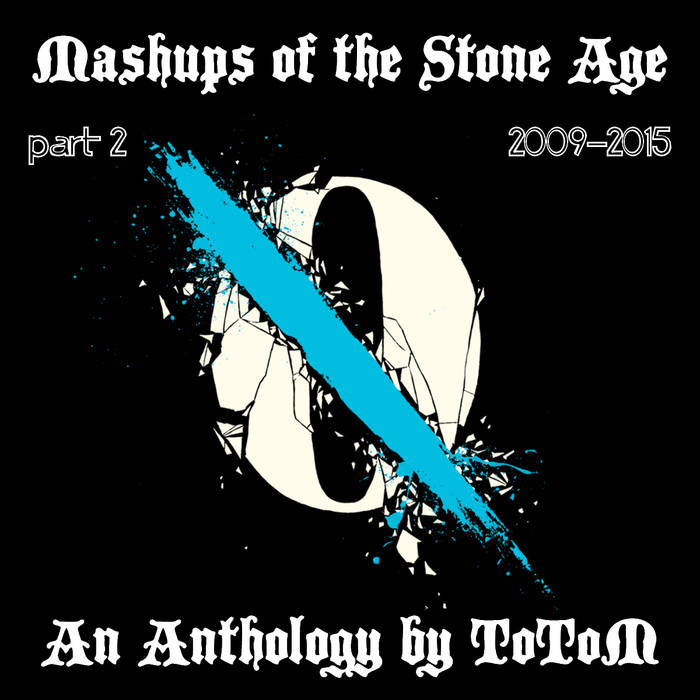 After the relative success and buzz gathered by my Kanye of the Stone Age mashup album (here : totom.bandcamp.com/album/kanye-of-the-stone-age ), I thought Queens of the Stone Age fans would be glad to hear more mashups involving their favorite band, and also mash-curious aficionados in general.

So, after the part 1 of this anthology going from 2005 to 2008 ( totom.bandcamp.com/album/mashups-of-the-stone-age-part-1-2005-2008 ), here's part 2 featuring 14 tracks going from 2009 to 2015 in chronological order (sort of + 1 bonus track, a 10 minutes megamashup where samples of Make it Wit Chu are disseminated at the beginng and by the end). Take it as a pick-'n'-mix compilation of more or less interesting mashups (hopefully, it's better than part 1 as I improved my skills along the years).

I remade a few of them so the quality fits more my 2015 requirements.
The mastering is still all over the place but at least, some of these are certainly good enough to feed your crave for more Mashups of the Stone Age, plus two mashups freshly out of the oven. I even included two Eagles of Death Metal mashups and two Them Crooked Vultures mashups.

Even if I stopped let fans pay for my albums, feel free to make a donation to the Sweet Stuff Foundation www.thesweetstufffoundation.org/donate/ .

All tracks produced by ToToM
Written and composed by Josh Homme and all artists named in each track detail.