Kanye of the Stone Age 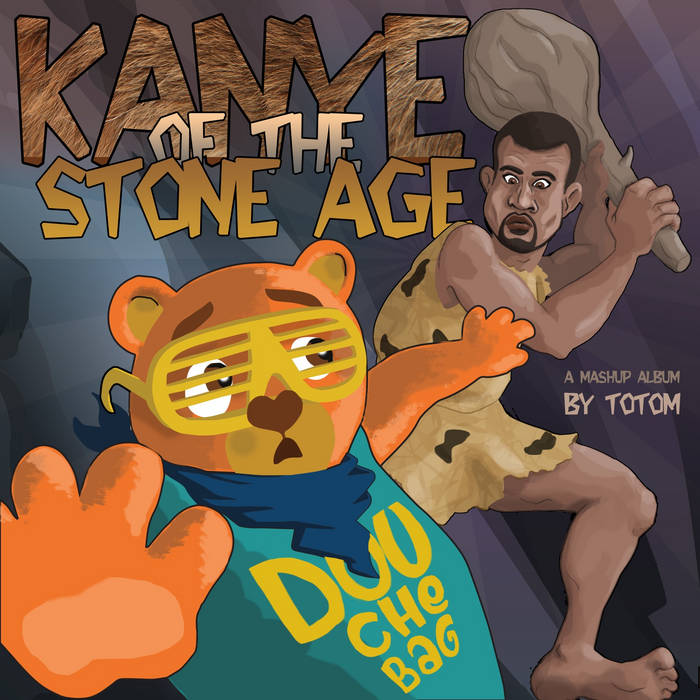 About #kotsa:
I packed the first half of the present album quite rapidly a year ago but as it started to become an important project (plus the media fuss around Kanye West and his new tracks released in between), I took my time and as I was waiting for an artwork, I found new ideas, improved other tracks. I even added another bonus track that'll be fitter to play for a packed dancefloor.

It consists in 12 tracks of Kanye West's raging ego rapping, grunting and singing over Queens of the Stone Age, plus one special bonus track featuring both artists over Prodigy and 4 bonus tracks produced following the "Bootwards concept" (rock vocals vs. hip-hop instrumentals); actually, the last bonus track is taken from Bootwards Volume 3.

In each track, I made two of my currently most favorite artists meet along with a few guests here and there. It's been a while since I wanted to produce an "artist 1" vs. "artist 2" concept album so I dug a little into my "vaults" and found my own concept by mixing two artists different enough that I both enjoy listening to (and not just picking the best selling from last year). In fact, my main work in progress is also following the same "artist 1 vs. artist 2" album concept.

I hope you like that album, I just put so much energy into it, I'm glad it finally comes out.

Also, thanks to Bandcamp and the artists involved for letting my mashup album stay online and let me help do the "Sweet Stuff" ( www.thesweetstufffoundation.org ).

all tracks produced by ToToM
all songs originally written by Kanye West & Josh Homme (and sometimes more for some tracks, check track info for details).